TAVR Long-Term Durability: Is It Concerned for Late-Catch Up in PARTNER 3?

Martin B. Leon, MD (Columbia University Irving Medical Center/Cardiovascular Research Foundation, New York, NY) presented a lecture on the issue related to the long-term durability after transcatheter aortic valve replacement (TAV R). The long-term durability after TAVR continues to be a big issue until we have a sufficient long-term clinical data. As to whether transcatheter valves might match the durability of surgical bioprostheses over long term, he mentioned that there is no evidence of important clinical ‘catch-up’ and increased structural valve deterioration (SVD) or bioprosthetic valve failure (BVF), which is associated with SAPIEN 3, compared to surgery (5 years intermediate-risk and 2 years low-risk group).

No Differences in Clinical Outcomes through 5 years

Five-year clinical outcomes from the randomized PARTNER 2A trial using SAPIEN XT showed that the primary endpoint of death or disabling stroke (ITT cohort) was not significantly different between TAVR and SAVR group (HR: 1.09 [95%CI 0.95, 1.25], P=0.21). Among patients who were treated with transfemoral approach, primary endpoint was not also significantly different between the two treatments (HR: 1.02 [95%CI 0.87, 1.20], P=0.80).

These 5-year clinical results are encouraging and continue to support TAVR as an alternative to surgery. However, 2-year follow-up data from the randomized PARTNER 3 trial presented at ACC 2020 by Michael J Mack (Baylor Scott & White Heart Hospital, Plano, TX, US), comparing SAPIEN 3 with surgery in low-risk patients, raised concerns on clinical outcomes and TAVR valve thrombosis between 1- and 2-year.

Also, there was significantly higher rate of valve thrombosis (2.6% vs 0.7%, P = .02) among the TAVR patients. Interestingly, none of those patients with valve thrombosis had clinical events. Therefore, it is still unclear to conclude that valve thrombosis might be associated with death and thrombotic events.

Dr. Leon said that this trend is currently hard to know how clinically important, but this is something, of course, we would be watching overtime.

The five-year incidence of SVD-related hemodynamic valve deterioration (HVD) was presented at PCR London Valves by Philippe Pibarot, DVM, PhD (Quebec Heart and Lung Institute, Quebec City, Canada), and was 8.8% in patients with SAPIEN XT and 3.5% in patients with surgery (P=0.002).

Conversely, the rate of SVD was not significantly different between SAPIEN 3 and surgery. At 4 years, the longest follow-up available on the next-generation valve, the rate of valve deterioration was 2.6% in patients with the SAPIEN 3 valve compared with 2.5% among the surgical patients (P = 0.86).

A propensity-matched analysis from the PARTNER 2A trial showed that there was no significant difference between SAPIEN 3 and surgical valve regarding stage 2 & 3 HVD and BVF. Therefore, the second-generation SAPIEN XT is less likely to be durable than surgery whereas SAPIEN 3 is at least equivalent to surgical valve in midterm follow-up. In addition, 2-year follow-up data from the PARTNER 3 trial also demonstrated that the incidence of stage 2 & 3 HVD and BVF were not significantly different between SAPIEN 3 and surgical valve in low-risk patients.

When asked the main reason about the significant difference of SVD between SAPIEN XT and SAPIEN 3, Dr. Leon said that there are some differences in design including leaflet length, expansion process, and so on, which may have contributed to better valve deployment and expansion. He also told that the incidence of valve thrombosis was too low to develop predictors like small valve size or underfilling from nominal volume.

The caveat is that if you are talking about the durability, you have to talk about late follow-up more than 10 years and these data are not available. We are going to have to wait longer, at least another 5 years of follow-up to have sufficient data to make meaningful inferences regarding the true Sapien 3 durability. Everybody has to stay tuned. 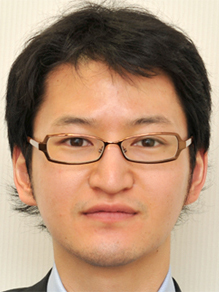