Sripal Bangalore, MD stresses guideline-directed medical therapy as ‘backbone’ of treatment, even with PCI or CABG

“All SIHD patients should receive a set of lifestyle interventions and OMT, which are critically important for managing stable CAD,” Bangalore said. “Medical therapy should be the backbone of all treatment, including first-line for patients treated with PCI or CABG.” Improvements in OMT also displace some of the known survival benefits of revascularization in stable CAD, Bangalore said on the controversial topic.

As previously reported by SummitMD, comparing studies on revascularization versus OMT from the 1970s to the present day showed diminished survival benefits of PCI and CABG in the “OMT era.”

“Randomized controlled trials (RCTs) in the OMT era consistently show no difference in mortality between revascularization and OMT for the individual endpoints,” Bangalore said.

“One of the biggest problems today is that people paint broad strokes of CABG and revascularization as superior to OMT based on the composite endpoint without looking at individual endpoints.

The recent ISCHEMIA and ISCHEMIA-CKD trials found no difference in survival between revascularization and OMT, despite the “lingering confusion” on the curves separating for the endpoint of death: “Again, the two curves are superimposed with no curves crossing for 5-years.” When pooling the data into a meta-analysis, Bangalore and investigators found no difference between revascularization and OMT for the endpoint of mortality (RR 0.99, 95% CI, 0.90-1.09).

Modern trials also demonstrate similar mortality rates between CABG and OMT in patients with triple-vessel disease, an area of much “confusion,” he said.

“When asking if OMT modulates the survival benefit of revascularization in stable CAD, the answer seems to be yes, there is a diminishing, not non-existent, survival benefit when medical therapy is optimized.”

But more needs to be done to maximize medical therapy and manage risk factors, two major aspects that could improve prognosis and increase survival benefits for patients with SIHD, Bangalore said.

“Interestingly, only 29.1% of patients at baseline were taking OMT before revascularization compared to the 41.3% at discharge after PCI or CABG,” Bangalore said. “At 5-years, only 1/3 of patients in both groups were taking OMT (PCI 39.6% vs. CABG 35.7%), indicating more needs to be done to maximize medical therapy for patients undergoing PCI and CABG.”

“Each component played a role in the risk of cardiovascular events,” Bangalore said. “Most patients did not have medical therapy optimized before elective PCI, meaning risk factor management needs work.”

Analyzing GDMT goals in ISCHEMIA showed that around half of the patients failed to control behavioral, physiological, and medication risk factors despite significant efforts, stressing the need to optimize goal achievement and adherence. 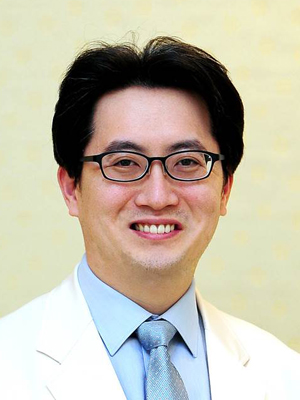 YoonJee Marian Chu is Medical Journalist at SummitMD and freelance journalist in Seoul noted for delivering fast and accurate news. Prior to freelancing, Marian built up more than four years of experience as a bilingual journalist, writing both Korean and English medical news. She holds a BA in English Literature and BBA in Business Administration from Korea University. She was born in Korea and grew up in California, USA.
Bangalore disclosed grant support from the National Heart, Lung, and Blood Institute (NHLBI) for the ISCHEMIA and ISCHEMIA-CKD trials.
Share this Post:
News List