Optimal treatment of left main (LM) bifurcation lesions during percutaneous coronary intervention (PCI) may depend on anatomy, evidenced by analysis of the EBC MAIN and DKCRUSH-V trials on provisional- and two-stenting. The 2018 European Society of Cardiology and European Association for Cardio-Thoracic Surgery (ESC/EACTS) guideline on myocardial revascularization has since recommended DK Crush over provisional T-stenting for true LM bifurcation lesions (Class IIb, B).

The 2011 American College of Cardiology Foundation, American Heart Association and Society for Cardiovascular Angiography and Interventions (ACCF/AHA/SCAI) guideline also recommends two-stenting for complex bifurcations (Class IIa, B) but recommends provisional stenting as the initial approach for bifurcation lesions when the side branch (SB) is not large and for mild to moderate focal ostial disease (Class I, A).

Although differences in data and perspectives fueled a divide, analyses of trials on the respective stenting techniques have created a more holistic perspective on the optimal treatment for LM bifurcations that incorporate coronary anatomy. Comparison of the two trials showed that both were designed to test for superiority and had a similar sample size (EBC MAIN: 467 vs. DKCRUSH-V: 482).

But the studies diverged in the use of two-stent techniques. In EBC MAIN, culotte was used most frequently in the two-stent arm (53%), followed by the T and protrusion (TAP) (33%) and DK Crush (5%). On the other hand, DKCRUSH-V used only the DK Crush technique (100%).

At 1-year follow-up, cross-over to the two-stent arm in EBC MAIN was about half of DKCRUSH-V’s (22% vs. 41%). Both had similar reasons for treating the side branch (>A dissection, TIMI <3, >75~90% compromise). Intravascular ultrasound (IVUS) use was about 40% in both studies.

Chen noted that absolute TLR rates (EBC MAIN: 6.1% vs. DKCRUSH-V: 7.9%) were “a bit high” in DKCRUSH-V but emphasized that 32% of lesions in DKCRUSH-V were complex bifurcations, indicating the 1-year TLR rates were similar between trials. 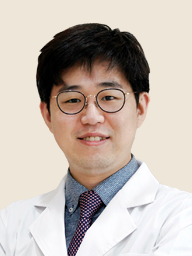 YoonJee Marian Chu is Medical Journalist at SummitMD and freelance journalist in Seoul noted for delivering fast and accurate news. Prior to freelancing, Marian built up more than four years of experience as a bilingual journalist, writing both Korean and English medical news. She holds a BA in English Literature and BBA in Business Administration from Korea University. She was born in Korea and grew up in California, USA.