No ‘one-size-fits-all’ approach to treat CAD with PCI before or after TAVR, heart expert says

“CAD and TAVR often coincide, but the need for coronary revascularization before or after remains unsettled, indicating the decision may depend on patient characteristics like age and comorbidities,” Nicolas M. Van Mieghem, MD, PhD(Erasmus University Medical Center, Rotterdam, Netherlands) said at TCTAP 2022 on Apr 28.

“It’s always a balancing act when treating significant stenosis before or after TAVR,” he said. “Although word is still out on the best strategy, multiple trials like TAVI-PCI and POTUS are ongoing for controversial pre- and post-TAVR PCI issues.”

TAVR is a minimally invasive procedure that replaces a diseased aortic valve with a prosthetic, or man-made, valve for patients with aortic stenosis (AS), characterized by narrowing valves.

Since the U.S. Food and Drug Administration (FDA) approval in 2011, TAVR has become standard of care for patients with severe AS who are ineligible for surgical aortic valve replacement (SAVR). The procedure also gained expanded indications for younger, lower-risk populations.

To treat or not to treat: co-existing CAD with AS

The prevalence of CAD in patients with severe AS is reportedly high, with studies showing at least half of AS patients with co-existing CAD.

However, the issue of CAD diagnosis and treatment in AS patients undergoing TAVR has evolved into one of major controversy, owing to inconsistent study findings on the treatment of CAD and subsequent TAVR outcomes.

The exclusion of patients with non-revascularized CAD in major TAVR trials like the PARTNER I and U.S. CoreValve High Risk Study also confounded the development of standard treatment for TAVR candidates with CAD in guidelines.

Issues of coronary access after TAVR have also become an increasing problem, indicating the need for a feasible and reproducible post-TAVR CAD treatment strategy.

“The question is when to treat significant stenosis – before or after TAVR,” Mieghem said. “There are benefits and risks for both, so it’s not a one-size-fits-all approach since some patients need valve implants first while others require priority CAD treatment.” Mieghem noted that the lack of a standard CAD management strategy calls for assessing patient and valve characteristics to determine the benefits and risks of PCI before TAVR.

The results were replicated in the small randomized ACTIVATION trial that compared pre-TAVR PCI versus no pre-TAVR PCI in 235 elderly patients at intermediate-risk at 17 centers in the U.K. (mean age 83, STS score 4.4).

For coronary access after TAVR, Mieghem stressed the importance of valve specifications and the relationship between transcatheter heart valves (THV), coronary physiology and aortic root anatomy, among the numerous known determinants.

A previous study on the risk of impaired coronary access and obstruction after redo TAVR showed that 96% of CoreValve patients had coronary access issues versus only 4% of patients with a balloon expandable valve (BEV).

The findings triggered an editorial that identified coronary height, transcatheter frame height, THV leaflet height, commissural alignment and THV to coronary distance as the most important factors for coronary access.

“Expect no issues with a valve remaining below the coronary ostia,” Mieghem said. “But when interacting with the ostia, the commissural alignment and the distance between the valve and wall become important.”

“These findings elegantly demonstrate that coronary access, which was 100% before TAVR, became more difficult after the procedure, especially for the right coronary in a third of patients,” Mieghem said. “Also, more time and more contrast were needed after TAVR to re-access for both the right coronary and left coronary artery”

“In principle, PCI can be done in a standard fashion if selective access to the coronary ostia is possible, but if coronary cannulation is difficult, changing the guiding catheter or changing the frame cell could help. If unsuccessful, the ‘fishing technique’ with hydrophilic wire and guiding catheter extension may be useful.

“As the lifetime management of CAD after TAVR becomes essential, further research is needed to understand the THV-aortic root anatomy relationship and the value of coronary physiology before and after TAVR.” 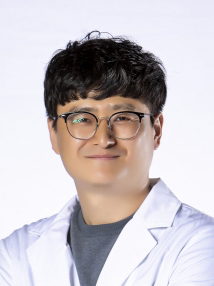 YoonJee Marian Chu is Medical Journalist at SummitMD and freelance journalist in Seoul noted for delivering fast and accurate news. Prior to freelancing, Marian built up more than four years of experience as a bilingual journalist, writing both Korean and English medical news. She holds a BA in English Literature and BBA in Business Administration from Korea University. She was born in Korea and grew up in California, USA.
Mieghem declared research grant support from Abbott Vascular, Boston Scientific, Edwards Lifesciences, Medtronic, PulseCath, Daiichi Sankyo, Teleflex, Abiomed and Pie Medical
Share this Post:
News List