And such data were reflected in the updated, albeit controversial, 2021 American College of Cardiology, American Heart Association and Society for Cardiovascular Angiography and Interventions (ACC/AHA/SCAI) guidelines on coronary artery revascularization published in Circulation last December.

At TCTAP 2022 on Apr 27, Sripal Bangalore, MD(New York University School of Medicine, New York, USA) addressed the confusion surrounding the controversial recommendations, having served on the writing committee of the 109-page document drafted to replace the 2012 ACC/AHA guidelines for SIHD. “The recommendations on triple-vessel disease generated the controversy, and the notion was that the guideline committee simply downgraded CABG recommendations,” he said. “But the committee considered various factors like recent studies that showed no survival benefit with revascularization compared to OMT.”

“In the 1980s, there was a clear benefit with CABG in triple-vessel disease at 6-months when comparing surgery to no surgery,” he said. “But fast forward to the BARI 2D trial in 2009 that looked at CABG versus medical therapy in the same population, and results show no difference between CABG and medical therapy.

“This is purely looking at the mortality endpoint of CABG only, not percutaneous coronary intervention (PCI), and studies show less benefit than the ‘80s.”

The main objections pertained to the knockdown of CABG from a Class I to a Class IIb and the equalizing of PCI to CABG (both Class IIb) for patients with multivessel disease (MVD) and normal ejection fraction (EF).

Also protested was the Class IIa recommendation for PCI as a reasonable alternative to CABG to improve survival for patients with left main disease (LMD).

Among other disagreements, using the ISCHEMIA trial as the only evidence to back the changes fueled the controversy.

Bangalore cleared up the “confusion” at the virtual conference, noting that the committee sifted out older data and backed contemporary ones for purely the mortality endpoint.

“Most of the confusion comes from the mortality and composite endpoints,” he said. “For the Class IIb recommendation for CABG in MVD, the guideline focuses only on the benefit of survival, not the primary composite endpoint.”

While older studies showed a clear survival benefit with CABG compared to no CABG, advances in modern medical therapy closed the gap between CABG and OMT to a non-existent difference.

Meta-analysis of older studies showed that although CABG had survival benefits to 5-years, the curves began to converge at 10-years and result in a smaller absolute difference.

Meanwhile, contemporary trials in the “modern era of OMT” like COURAGE (2007), BARI 2D (2009) and FAME 2 (2012) consistently showed no significant difference between revascularization and OMT for the mortality endpoint for SIHD patients.

We’re not saying don’t revascularize for triple-vessel disease; other reasons for revasc can include preventing other CVD events, improving QoL and considering patient preference.

Results also showed revascularization led to greater freedom from angina but at the expense of higher rates of procedural MI.

“Although RCTs in the pre-OMT era showed a clear benefit with CABG for improving survival compared to no surgery, these studies were conducted with no medical therapy,” Bangalore said. “Now, recent SIHD studies on revascularization show no improvement in cardiac death with revascularization compared to OMT.”

“Although a recent meta-analysis by Navarese showed a near 20% mortality reduction with coronary revascularization and medical therapy (RR 0.79, 95% CI, 0.67–0.93, P<0.01), the included trials were conducted more than 10 years ago.

“Even when considering the data, the absolute reduction is 0.2% per year, making it important for patients to consider since the mortality benefit is small.

“The consistent message across COURAGE, BARI 2D and FAME 2 was the lack of mortality difference between revascularization and medical therapy. Again, the focus is on mortality only, which is a point of lingering confusion.”

“The 2012 ACC/AHA guidelines suggested that revascularization reduces mortality for all SIHD patients, but evidence shows that STICH was the only trial that clearly demonstrated survival benefits for LV dysfunction,” he said. “Contemporary trials show no survival benefit with revascularization in subgroups with triple-vessel disease, proximal LAD disease and extensive ischemia.”

For LMD, data did show survival benefits for SIHD and high-risk subgroups, but the trials were from the 1990s – making their application in modern practice “questionable.”

Regarding the ISCHEMIA study, he said: “ISCHEMIA is not just a PCI trial since more than 500 patients were treated with CABG, and that far exceeds any other trials from the 1980s that compared CABG to no CABG.”

The notion that PCI fails to lower MI is another fallacy since ISCHEMIA showed PCI significantly reduced spontaneous MI (types 1, 2, 4b, 4c), albeit, with an increase in procedural MI (types 4a, 5), he said.

“We’re not saying don’t revascularize for triple-vessel disease,” he said. “There are benefits like preventing other cardiovascular events such as spontaneous MI and improving QoL for symptomatic patients.

“Other reasons for revascularization include improving angina-related QoL and reducing spontaneous MI. Patient preference is also an important factor, which the guidelines underscore with recommendations for patient and heart team discussions.” 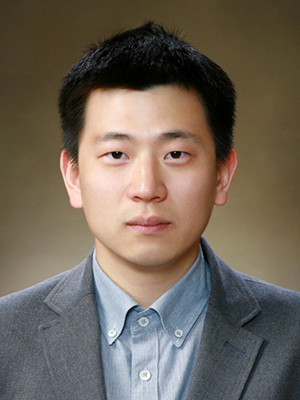 YoonJee Marian Chu is Medical Journalist at SummitMD and freelance journalist in Seoul noted for delivering fast and accurate news. Prior to freelancing, Marian built up more than four years of experience as a bilingual journalist, writing both Korean and English medical news. She holds a BA in English Literature and BBA in Business Administration from Korea University. She was born in Korea and grew up in California, USA.
Lawton, Jennifer S., et al. “2021 ACC/AHA/SCAI Guideline for Coronary Artery Revascularization.” Journal of the American College of Cardiology, vol. 79, no. 2, 2022
Bangalore disclosed grants from the National Heart, Lung, and Blood Institute (NHLBI) for the ISCHEMIA and ISCHEMIA-CKD trials.
Share this Post:
News List