“The question is whether we can afford to frontload the benefits of DAPT with more potent P2Y12 inhibitors and then de-escalate to minimize the risk of bleeding complications,” said Dominick J. Angiolillo, MD, PhD (University of Florida College of Medicine, Jacksonville, USA) at TCTAP 2022 on Apr 27.

“Although routine and early de-escalation within 30-days cannot be recommended, particularly unguided, the strategy of de-escalating P2Y12 inhibiting therapy is reasonable to reduce the risk of bleeding in patients that need DAPT,” he said.

DAPT is a medication strategy comprised of a P2Y12 inhibitor (ticagrelor, prasugrel or clopidogrel) and aspirin administered to patients with acute coronary syndrome (ACS) after percutaneous coronary intervention (PCI) to prevent blood clots.

The strategy aims to reduce bleeding complications related to DAPT without losing the benefits of ischemic protection. De-escalation also helps reduce medication costs or side effects not related to bleeding like ticagrelor-related dyspnea.

Based on trials like TOPIC, TROPICAL-ACS and POPular Genetics , Angiolillo recommended:

“Very early de-escalation (within a few days of acute coronary event) is associated with increased thrombotic complications possibly due to ‘hot’ platelets, increased platelet turnover rate and drug-drug interactions, among others,” he said.

“One important concept is that de-escalation occurs after 30 days in many trials, so the recommendation for most ACS patients is to wait for this acute period to pass,” he said. “And per the 2017 international expert consensus, always make the switch with a loading dose of the drug being switched to when de-escalating or escalating, particularly in the early phase.” Owing to medical advances, contemporary tools like PFT and CYP2C19 genotyping have shown promise for tailoring DAPT, and major guidelines are reflecting their potential in de-escalating strategies.

“De-escalation may be done unguided based on clinical judgment or guided by platelet function testing or CYP2C19 genotyping, depending on patient’s risk profile and availability of respective assays,” the European guidelines read.

Considering the updated evidence and the conservative leeway offered by the guidelines, Angiolillo suggested tailoring DAPT strategy by predicting clopidogrel response with PFT and genotype guidance, particularly for early switches:

The ABCD-GENE score, developed by Angiolillo and investigators, also predicts clopidogrel response by integrating the clinical and genetic factors associated with drug response. “We developed the ABCD-GENE score as a novel tool to predict clopidogrel nonresponse like high platelet reactivity (HPR), which was evaluated in various settings like the TAILOR-PCI and CHANCE trials and proved useful,” he said.

“The consensus is to follow guidelines, but when bleeding risk outweighs thrombotic risk, there is an opportunity to consider de-escalation for ACS patients, especially since recent recommendations were made before the recent meta-analysis demonstrated the effectiveness of de-escalation in ACS.” 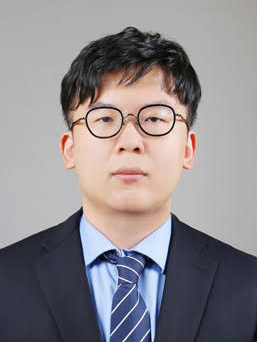