Can PCI save lives in severe LV dysfunction?

“Studies on LVD have shown that coronary artery bypass graft (CABG) reduces mortality and morbidity at high procedural cost,” he said at the virtual conference on Apr 27. “And in certain populations, it takes years after surgery for benefits to outweigh the hits.”

“As a procedure with fewer procedural risks, whether PCI can offer similar benefits to surgery without high costs is still unknown,” he added. “But the 2-year follow-up results of the upcoming trial on routine PCI for LVD patients may answer long-standing questions.”

REVIVED-BCIS2 is a randomized controlled trial (RCT) that examines whether PCI can improve event-free survival compared to optimal medical therapy (OMT) alone in 700 patients with impaired LV function and myocardial viability at 35 centers across the UK.

However, the early and high risks associated with CABG – coupled with lacking data on PCI versus OMT – have made revascularization for acute and chronic LVD a near “evidence-free zone” that forces most decisions on individual clinical variables.

Perera noted that although several studies showed multivessel PCI did more harm than good for patients with acute LVD and cardiogenic shock, the benefits and risks of staged, non-culprit PCI needs more study.

“Current guidelines do not recommend routine multivessel PCI during the index procedure, but the safety and efficacy of staged PCI are unknown,” he said. “We’re careful about interpreting existing observational studies, and we need RCT data.”

The guidance gave a Class III recommendation to PCI, advising against the procedure based on the CULPRIT-SHOCK trial for complex patients with acute MI, cardiogenic shock and multivessel disease (MVD).

CULPRIT-SHOCK found patients who received PCI for the infarct-related lesion only (with optional staged revascularization for nonculprit-lesions) had a lower 30-day mortality risk than those who received immediate multivessel PCI (0.84, 95% CI, 0.72-0.98, P=0.03).

“Studies have shown that multivessel PCI was detrimental for complex patients, and the detriment was prominent in the first 30-days,” Perera said. “But the safety and efficacy of staged non-culprit PCI are unknown.”

“We need more than just observational data, but the problem with RCTs and cardiogenic shock is that patients are hard to recruit. Several trials like DanGer Shock, EURO-SHOCK and ECLS-SHOCK are underway, but they are struggling to complete.”

In patients with chronic severe LVD and stable coronary artery disease (CAD), previous lukewarm results with CABG have swiveled attention to the potential of PCI.

STITCH investigators first tried to address problems of revascularization in chronic, severe LVD and stable CAD with a randomized trial in 2011.

Despite the theoretical benefits of PCI, several studies like EXCEL showed PCI had similar outcomes to surgical revascularization. PCI was also “not without risk,” although the impact on LVEF is unknown.

The trial, which followed patients for nearly two years after randomization, designated the primary endpoint as event-free survival, comprised of all-cause mortality or HF hospitalization. The study is slated for completion by March and presentation at the upcoming European Society of Cardiology Congress (ESC 2022), Perara said. 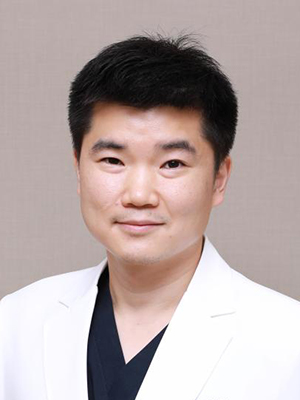 YoonJee Marian Chu is Medical Journalist at SummitMD and freelance journalist in Seoul noted for delivering fast and accurate news. Prior to freelancing, Marian built up more than four years of experience as a bilingual journalist, writing both Korean and English medical news. She holds a BA in English Literature and BBA in Business Administration from Korea University. She was born in Korea and grew up in California, USA.
Perera, Divaka, et al. “Percutaneous Revascularization for Ischemic Ventricular Dysfunction: Rationale and Design of the Revived-BCIS2 Trial.” JACC: Heart Failure, vol. 6, no. 6, 2018, pp. 517–526
Perera declared no conflicts of interest.
Share this Post:
News List