A 71-year-old gentleman, who is a previously diagnosed case of rheumatic heart disease with severe mitral stenosis, underwent mitral valve replacement with a 28mm Starr-Edwards prosthesis at our center in 2004. The patient was on regular follow up since then and noted increasing dyspnea on exertion and recurrent admissions for heart failure in 2017. He was evaluated and was diagnosed with severe aortic stenosis. On examination, patient had an irregular pulse and was hemodynamically stable. 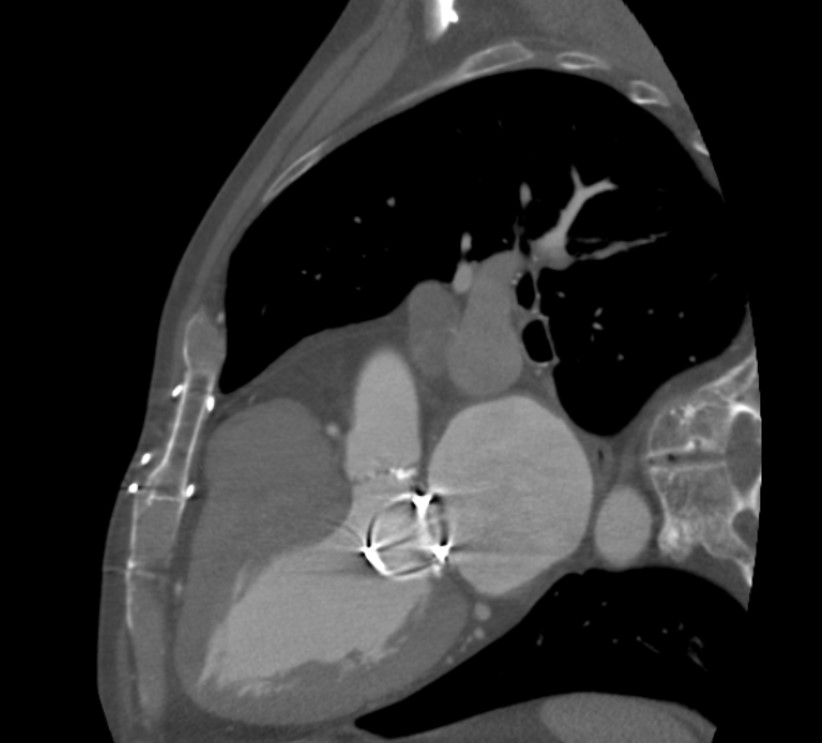 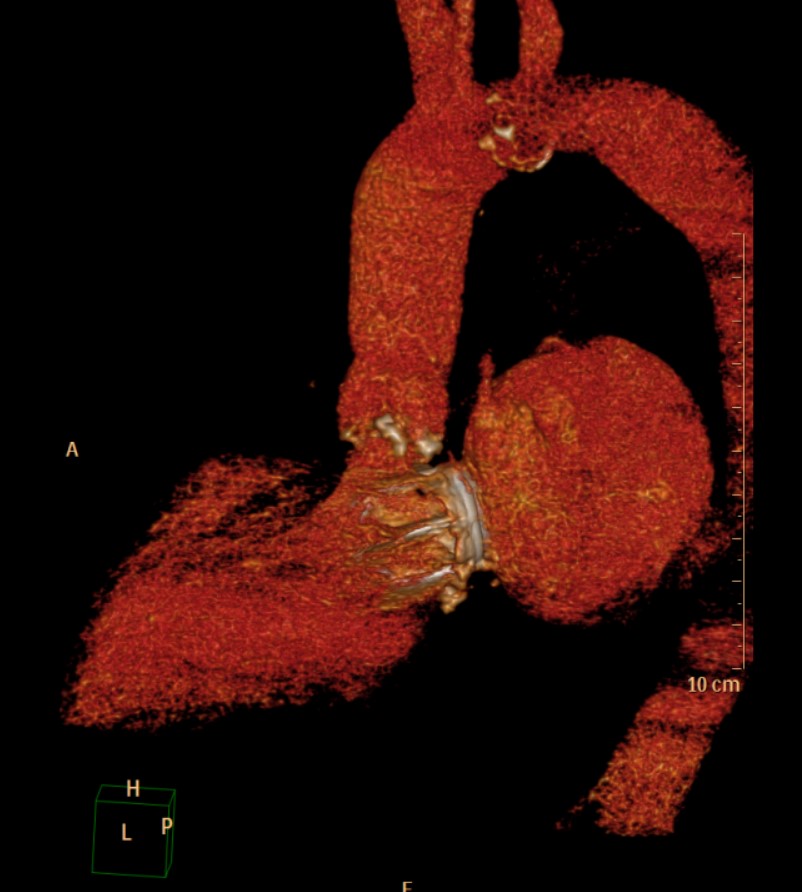 A coronary angiogram through the right femoral artery was done in 2017 which revealed normal coronaries. STS (Society of Thoracic Surgery) score for the patient was calculated to be >8%. An aortic root angiogram was done in the AP view and LAO cranial view for assessment of the aortic valve and mitral prosthesis (Video 2, Video 3).

The procedure was done under general anaesthesia and transesophageal echocardiography (TEE) guidance. Angioguided left femoral artery puncture was obtained. Temporary pacing wire was placed at the right ventricular apex through right femoral vein.  An aortic root angiogram was done in the AP view and LAO cranial view for assessment of the aortic valve and mitral prosthesis. A 14-Fr Python sheath was placed in the left femoral artery. The aortic valve was crossed with Terumo wire and exchanged for a pigtail catheter and basal pressures were noted (LV- systolic 200mm hg and end diastolic 18mm hg and Aortic pressure 130/40mm hg with a basal gradient of 70mm hg). A Confida wire was then placed in LV mid cavity. Balloon aortic valvuloplasty (BAV) was done using 21.5mm Navigator balloon (Video 5). At the time of BAV, mitral valve prosthesis was accessed and noted that it will not interfere with the expansion of the valve. The 23 mm MyVal balloon expandable prosthesis( Merrill life sciences,India) was positioned at the level of aortic valve and deployed under rapid ventricular pacing (Video 7). Post deployment aortic root angiogram was repeated which showed good expansion and placement of the aortic prosthesis with trivial aortic regurgitation ( Video 8). The LV and aortic pressures were reassessed (LV- systolic 120mm hg and end diastolic 14mm hg and Aortic pressure 120/64mm hg). Vascular access hemostasis was achieved using Proglide and the procedure was declared successful.

This case report shows that the technical challenges for TAVR with balloon expandable prosthesis in patients with Starr-Edwards valve mitral prosthesis can be overcome with a comprehensive evaluation of the patient prior to the procedure.