A 45-year-old male, ex-smoker, HT, DLP. Presented with inferior wall STEMI which CAG diagnosed TVD underwent PPCI to RCA 9 months ago. After staging PCI to LCx he was arranged for elective PCI on this admission.

LAD showed diffuse 70-80% lesion from proximal to mid LAD with a tight lesion at proximal DG1. PCI to both LAD and DG1 was planned with provisional T stent over the bifurcation. Sion Blue and Sion wire were placed in LAD and DG1 respectively. After stented the mid LAD and DG1, a 3.0/34 mm DES was deployed from LAD ostium to overlap with mid LAD stent. Angiogram post stenting showed good flow in both LAD and DG1, but the wire in DG1 was unable to be pulled out.

Attempts to remove entrapped side branch wire with various devices and techniques were failed. Stent enhanced cinefluorography showed severely deformed proximal part of stent where it was squeezed by pulling side branch wire loop. Planned to remove both entrapped wire and deformed stent together but there's no specific device for this purpose. Since a small balloon (2.0/15 mm) could pass into the collapsed stent. When inflated inside the distorted stent it will act as a core to counter while pulling lasso wire loop. These would form a strong combination grasp of distorted stent that could help pull everything out. However proximal portion of stent could be pulled out only to the left main while distal portion remained intact, and promptly recoiled back into LAD when pulling released. After several attempts of combination pulling, maintained effort for longer than 20 seconds could stretch the lasso loop until it detached from the stent and successfully removed. Angiogram post wire removal confirmed stent was recoiled back into LAD completely. IVUS revealed severe stent distortion and malposition was confined only in the complicated segment, which was successfully re-expanded by high pressure inflation and covered by another DES (4.0/22 mm). 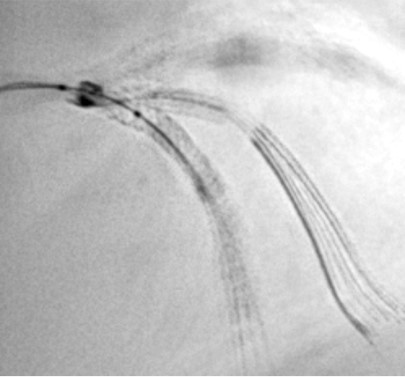 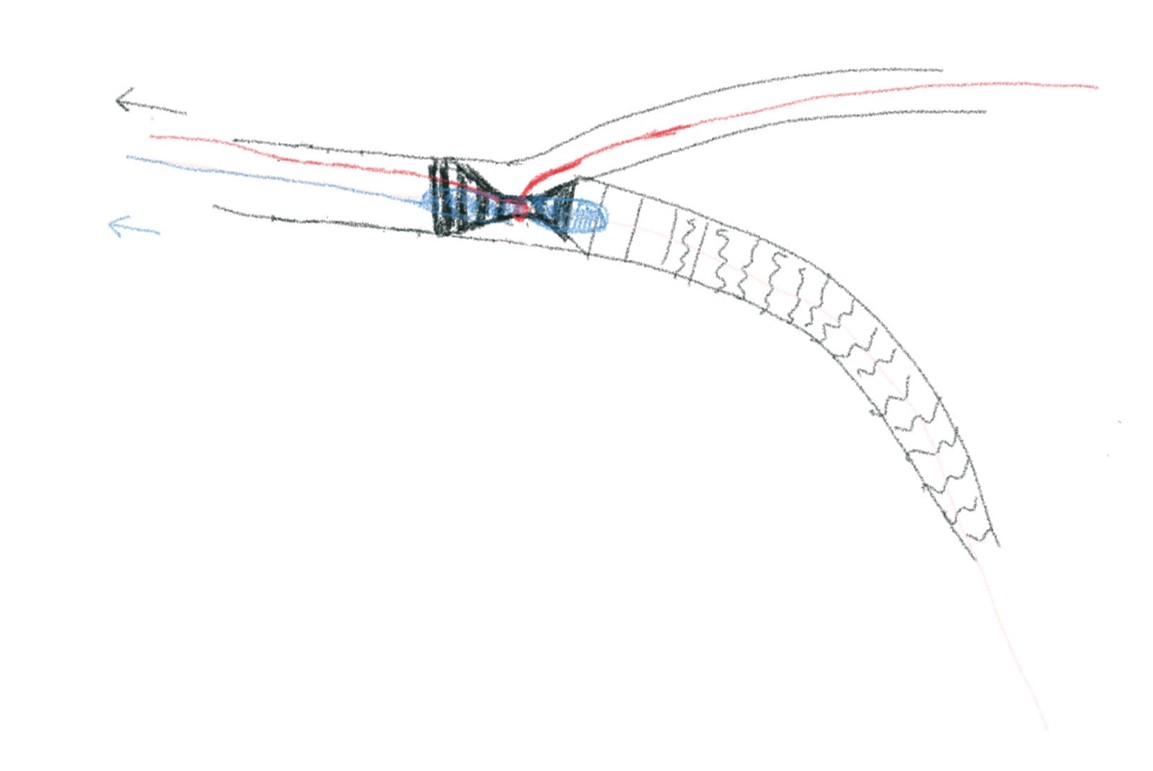 Beware the angle and curve of the wire at the lesion site after ballooning and before stenting. If in doubt, do not pull the jailed sidebranch guidewire forcefully because the wire may fracture or it can damage the stent as shown in our case. Most reported cases of entrapped wires involved treatment of bifurcation lesions.  A small balloon inflated inside the distorted stent as a core + forcefully pulling of lasso wire loop= A strong combination to grasp the stent.