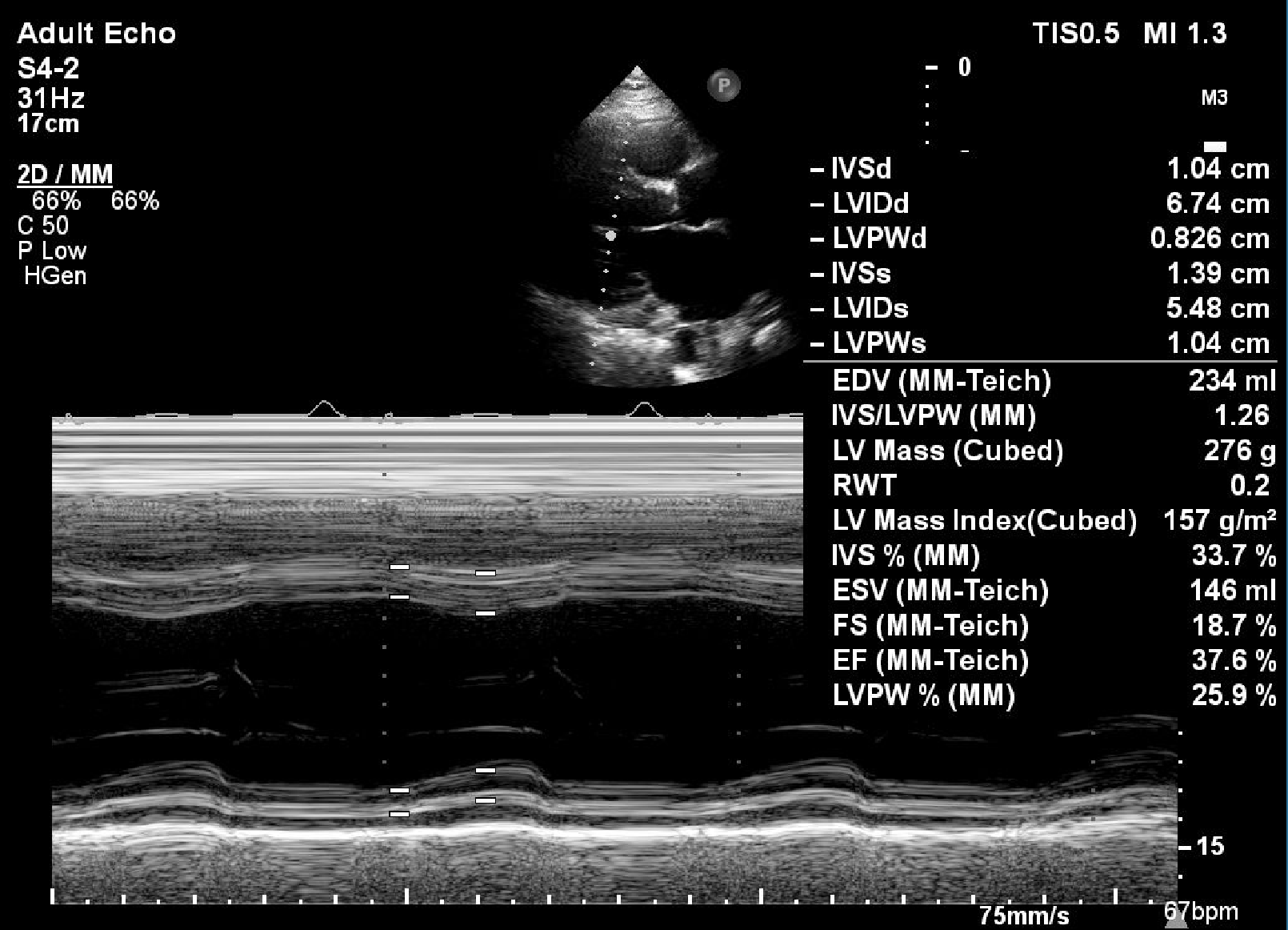 Soon after coronary angiography, the patient complaint severe shortness of breath, diaphoresis and cold extremity. Later on the patient was diagnosed with acute lung edema due to ADHF and cardiogenic shock and was admitted to the CICU. During CICU care for 14 days, despite optimal anti-ischemic the patient still has chest pain and turned down by surgeon for CABG, so our CICU team decided to undergo PCI the next day with IABP as backup.
Procedure:Using JL 4/7F GC, double wiring with floppy wire to LAD and LCx. Wire escalation with Fielder XT-A and GAIA 2 with microcatheter Finecross. During the procedure, the patient complained severe pain on both legs, while on angiography findings showed LM-LAD vessel severely spasm and agian began develop chest pain. Patient was given fentanyl 100mcg IV and IC nitroglycerine 300mcg, but the symptoms and lesion spasm still didn't resolved. We decided to do ballooning of the LM-LAD using Ryujin balloon 3.0x20mm 8atm, continue with PCI with DES Ultimaster 3.5x24mm in LM-LAD and POT with NC balloon 4.0 x 8mm 14atm at the LM. LAD CTO lesion was abandoned and plan for optimal medical therapy. After the procedure, the chest pain was resolved and the patient was discharged 3 days after the PCI.

Vasospasm of the left main artery may be spontaneous due to inherent endothelial dysfunction or iatrogenic. Short acting nitroglycerine is usually effective in aborting the “attack”. In some cases, PCI may represent an adjunct in the management of focal CAS, although currently medical therapy remains the standard initial approach. In this case, the left main vasospasm didn't resolve with optimal anti-ischemic and even intracoronary nitroglycerine. Due to severe chest pain and hemodynamically unstable, we decided to undergo PCI on the LM-LAD.